Skip to content
Facebook Instagram LinkedIn Twitter
Home Blog FIFA World Cup World Cup semi-final referee Cunha retired due to losing his FIFA badge
According to Uruguayan journalist Hernan Braga, Andres Cunha was not nominated by AUF for the FIFA List 2023 and decided to retire at the end of the 2022 national season. He will continue as a FIFA video match official in 2023. 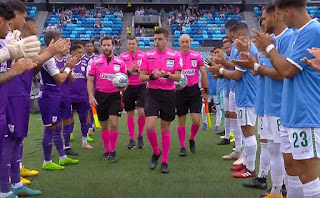 Prior to the historic first final of the Uruguay Cup between Defensor Sporting and La Luz, at the Centenario Stadium, there was an unusual gesture on the part of the two teams towards the referee of the match, Andres Cunha. The Defensor Sporting and La Luz footballers made a hallway and applauded the referee. Later, his fellow referees gave him a plaque in recognition of his career. 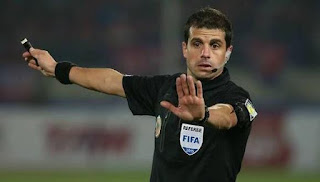 Andres Cunha made his First Division debut in 2011 and became a FIFA referee in 2013. He reached the pinnacle of his career at the 2018 FIFA World Cup with the semi-final France – Belgium, the same year when he refereed the historic Copa Libertadores final between River Plate and Boca Juniors at the Santiago Bernabeu stadium in Madrid (Spain). He also attended two Copa America tournaments (2015, 2016) and the 2017 FIFA U-20 World Cup.