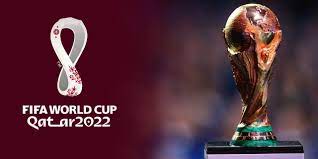 Qatar is a peninsular Arab country whose terrain comprises arid desert and a long Persian (Arab) Gulf shoreline of beaches and dunes. Also on the coast is the capital, Doha, known for its futuristic skyscrapers and other ultramodern architecture inspired by ancient Islamic design, such as the limestone Museum of Islamic Art. The museum sits on the city’s Corniche waterfront promenade. There is no doubt that Qatar won’t be as rich as it is today without oil and natural gas. Demand for oil and natural gas has increased over several decades. It has benefited Qatar to become the richest economy in the Middle east (Information Source & Image – Google)

2. Why was Qatar chosen as the World Cup host?

Why was Qatar chosen as the World Cup host? In 2010, Qatar clinched the rights to the World Cup after winning a ballot of Fifa’s 22 executive members. It defeated bids from USA, South Korea, Japan and Australia. It is the first Arab nation to host the tournament.

Qatar 2022 will make history by bringing the World Cup to the Middle East for the first time, welcoming millions of fans and teams from around the world and giving a boost to businesses and investors across the region