The 2022 edition of the Center of Refereeing Excellence (CORE) that UEFA organizes each year, a project that brings together referees from all over the continent and whose objective is to train the European referees of the future, came to an end last month. 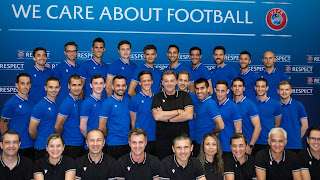 Divided into two parts, the CORE 54 course started in Nyon, last May, with the introductory course. Some heavyweights of European refereeing, such as Nicola Rizzoli, Victor Kassai, Milorad Mazic, Bjorn Kuipers and Sandro Scharer, led the activities and the attendees carried out technical and sporting tests, entering a new international environment of differences to adapt their style of refereeing to any context. After the summer break, the second part took place again in Switzerland at the UEFA headquarters. The consolidation course once again had the presence of refereeing personalities such as Roberto Rosetti, who alternated in the presentations of match analysis, VAR and various regulations in the classroom and on the pitch.