Former FIFA referee Cüneyt Çakir’s career will be celebrated with the occasion of the international friendly match between Turkey and Czech Republic, to be played on 19 November, in Gaziantep. Cüneyt Çakir, will blow the whistle to start the match and then will stop it after 5 minutes, when TFF President Mehmet Büyükekşi will present a plaque to him on the side of the field. 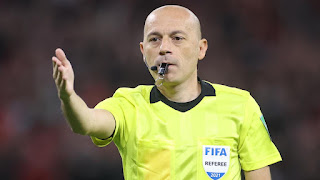 Milliyet Newspaper columnist Cemal Ersen announced in his column on October 22, 2022 that the Turkish Football Federation would organize a celebration for Cüneyt Çakir: “I mentioned it in this column last week. There was an attempt to organize a celebration for our ex-FIFA referee Cüneyt Çakir. First, I spoke with Football Federation President Mehmet Büyükekşi. Then with Cüneyt. Büyükekşi said that they will give an award to the experienced referee either in the match played with Scotland or the Czech Republic three days later. “Have you consulted with UEFA?” I asked. He replied, “Yes, we are waiting for an answer; these are special moments and we will definitely do it”. As I suggested, his assistants Bahattin Duran and Tarik Ongun, whom he worked shoulder-to-shoulder for years, will be there, I hope. Then I called Cüneyt Çakir. You can tell from his voice that he was very happy. “What do you mean, I’m proud, I’ll go running,” he said. Saying goodbye to a referee of this level and quality will be a meaningful message and recognition. Thank you for thinking and accepting.”