Last matchday of the professional league. Diego Maradona Stadium. Argentinos – Velez. End of the first time. Suddenly, Federico Lanzillota throws himself to the ground and begins to call the referee. In a section of the stands that overlooks Boyaca Avenue, the fans turn on their cell phone flashlights and wave their arms. The alarm goes off. Facundo Tello stops the game, talks to the goalkeeper and immediately goes to the scene as close as he can. A person had collapsed and needed medical attention. To speed up the procedure, Tello checks out the facility and makes sure medical personnel and firefighters are on their way. He sees them coming. People applaud and acknowledge the quick intervention. When he sees that the situation is under control and the fan is aware, the ball rolls again. Unfortunately, in these times, he surprises. For good. First, the human factor. Then the game. The action does not go unnoticed in the local audience, where a dialogue between two fans begins. “Good referee, eh! – one exclaims. This is Tello, right? Yes, it’s Tello. I think he’s going to the World Cup” – answers the other. Yes, that is correct. Facundo Tello is going to the World Cup in Qatar 2022. And behind this statement there is a vocation, a career, physical and mental effort, many trips, time without family or friends. 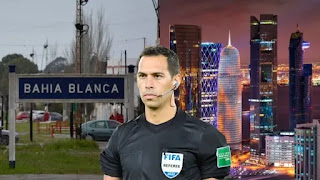 Facundo Tello has a story that deserves to be told. In his adolescence, sport was his lifestyle, a custom in his city, the cradle of elite national representatives. Tello was happy for Pablo Paz, silver medalist in Atlanta ’96. He enjoyed and celebrated Emanuel Ginobili, Pepe Sanchez and Alejandro Montecchia with the historic gold medal in Athens 2004. He learned that Coco Basile was also born in Bahia, like Oveja Hernandez, Angel Cappa, Rodrigo Palacio, Juan Espil, Guido Pella , two world champions such as Daniel Bertoni and Chocolate Baley and two winners of the last Copa America: Lautaro Martinez and German Pezzella. In Bahia, Tello began his journey linked to football as an amateur player for Libertad de Villa Rosas. There he played as a striker, he had long hair and was light since he also practiced athletics and excelled in speed. However, he was brave: he did not like anything when someone claimed something from the stands and keeping quiet was not an option for him. In this article, you will realize what kind of tools he used to transform his temperament. His sports facet was always accompanied by study. And pay attention to this: he is a master builder, public relations officer, graduated in protocol and ceremonial and studied civil engineering for three years. That’s not all, he also worked at the Bahia Blanca Sports Department and the Public Works Department. One day, referee Bruno Bocca, also from Bahia, told him about his vocation and interest in a career in refereeing. Tello agreed without knowing that this decision would be a turning point in his life. He started in the Southern League, until 2011, at the age of 31, when he made his AFA debut refereeing Guillermo Brown – Douglas Haig, a match corresponding to the old Argentino A. Two years later, Godoy Cruz – Velez meant his debut in the First Division. Facundo usually travels. Much. But he is still from Bahia. He so chooses. He is the eldest of four siblings: Juan, Victoria and Lautaro. He has his wife, Carolina; two daughters, Amanda and Helena, and a dog named Leo (see below). In 2019 he received news, one of those that inflates his chest: FIFA made him an international referee. For the first time, a referee from Bahia achieved this distinction. Such a privilege implies more responsibility and professionalism, coupled with long-haul trips and an increased workload. All this means less time for the family. Tello continued to build his route. Day by day. Match by match. Step by Step. 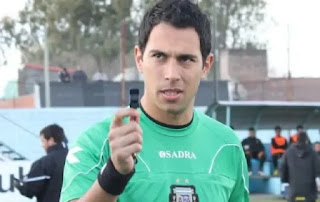 In May 2022, Facundo had just celebrated 40 laps in the sun. At the airport, waiting to return to the country after directing a Copa Libertadores match, he received a call that caused another shock. “I was waiting in Sao Paulo. I don’t use social networks and the first thing they did was post it there. So, my brother who does have networks called me and he told me. It was a moment of great emotion, pride, and joy. We couldn’t keep talking, I was blocked by crying. After a while, before getting on the plane, I called my wife, my old man and Fefo (Rapallini), with whom we have a very nice friendship, and it is a blessing to be able to share this with him. I also called my grandfather, who lives in Mar del Plata. The days passed and I began to focus on preparation with the idea of ​​arriving in the best possible condition.”

-With such news, I imagine that you went back in time to see your journey, what did you remember?

– It’s something I go back to often. Because the World Cup photo sometimes makes you lose sight of everything that happened. And not always the news of a referee is going to a World Cup. Days have gone by with a lot of exposure, a lot of anguish, making mistakes and not wanting to be a referee anymore. And also very beautiful days, because I live important experiences that exceeded everything I dreamed of at the beginning. Looking back a little makes one not be all the time in that maelstrom of looking forward. So, I review the process of a healthy, disciplined, professional path that fills me with pride, because in some way I feel that I represent my family and my friends.

– Not only did you become the first international referee from Bahia, but now you are also a World Cup referee. They will give you the key to Bahia…

– Bahia must have close to 300 active referees. In addition, it has a very rich history of national referees who have participated in professional matches. It is a city in which it is difficult to transcend to reach AFA. As for the human part, I prefer to make the effort to travel as much as I do, but continue living in Bahia. People are very used to having recognized athletes. There is a great sense of belonging: NBA basketball players, players from the Argentine National Team that you see walking down the street when they return from the city, singers… A lot of personalities. I only get signs of respect and affection. 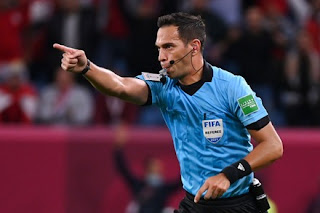 From Guayaquil, the venue of the Copa Libertadores final, Facundo tells tycsports.com how he went through the previous weeks before beginning to experience the most relevant stage of his career.

– What preparation plan did you put together during November knowing that you are going to have less action?

– We have a pre-World Cup 10-day seminar and the final preparation where FIFA will be in charge. These months, I paid special attention to a detailed plan that was sent to each of us and I complemented it with my personal trainer, based on needs, in addition to physiotherapy, nutrition, psychology and cognitive training, which is really very useful. It has been a complete preparation, which requires our best version to reach the highest possible level to the most important experience of this profession.

– I read that you do yoga with your mom. I imagine that helps a lot…

– The profession requires you to live with protests and shouting, with the possibility of being wrong, having to recover quickly and making more decisions. There are tools that I was looking for outside of my possibilities. My old lady is a yoga teacher and, really, she helps me very well. Meditation and deep breathing have helped me a lot in handling situations. To that I add therapy, the key to getting you on your way when you have moments of weakness and need the support of a professional. Being a referee stretched the limit of my patience. More patience and less conflict are needed.

– Some countries will be represented by two referees, not one, as historically determined. Wilton Sampaio and Raphael Claus (Brazil), Michael Oliver and Anthony Taylor (England), Stephanie Frappart and Clement Turpin (France) and Fernando Rapallini and Facundo Tello (Argentina) are the chosen ones. What does it represent for Argentine football?

– With Fefo (Rapallini) we were together from the beginning in this World Cup process, which was very generous, we supported each other a lot and we always wanted the best for each other. To have reached the end and the fact that they could not leave anyone out is a source of great pride. Without a doubt, having competed made us better referees. I think it is very important for my personal career and for Argentine refereeing. It is a merit that they continue to recognize us, as it has always been done. And that makes the expectation for our work higher. We have the obligation and commitment to live up to it.

– Who gave you the nickname “Tortu”?

– The nickname is from childhood, from my neighborhood. I played for the Libertad club in Villa Rosas. I have always been and still am calm in my movements and in my way of proceeding. When we changed to go out on the field, I was the last one. The rush is not something that characterizes me. For that, they nicknamed me like that! Not because of slowness in terms of movements within the field, because at that time I was doing athletics and was a sprinter.

– Did you see Messi for the first time in the Copa America final?

– The Argentine referees present at the Copa America final had the chance to attend the final. What I didn’t know was that we were going to be able to meet the players, including Leo, with whom I have a particular crush. The fanaticism that anyone can have for a club, I feel that I have it for him. I am a fan of him. I live this stage of football history in a very special way because I know how important it will be in many years to have had the chance to see it. Also, that day was very special because of what he was experiencing. An unforgettable experience. Oh, I have a dog named Leo after him.” The long-haired forward of Villa Rosas. Turtle. Messi’s fan. The senior master builder. The father, husband, son, grandson and older brother. The referee. The one who started in a regional league. The one who went through the Ascent. The one who practices yoga. The one who attends the psychologist. The one who will represent Argentina in the 2022 World Cup in Qatar.