FIFA President Gianni Infantino has personally welcomed the 129 referees, assistant referees and video match officials overseeing the FIFA World Cup Qatar 2022, and kicked-off their official training camp by emphasising the fundamental role the group he affectionally labelled “Team One” has to play in delivering the best ever edition of football’s greatest competition. 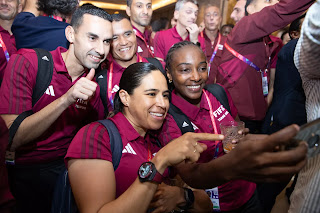 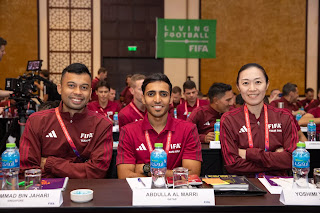 In his speech, the President noted that for the first time in FIFA World Cup history, female match officials are among the 36 referees, 69 assistant referees and 24 match officials chosen to officiate at the tournament. The FIFA President pointed out the importance of unity, and encouraged participants to both savour the moment and to believe in themselves. 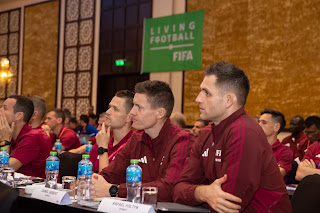 “There are, for the first time, six women as well, present. But whether men or women, it’s referees. For us, for me, we are all part of the same team,” President Infantino added. “You will feel a lot during this World Cup. The emotion of being part of this adventure. The emotion of having four or five billion people all over the world looking at what is happening here. And you are asked to be there, to be fit, to be ready, to take decisions, to take responsibility in a very short time. You are the best in the world. That’s why you’re here.” Following the speeches and seminar, the officials took part in a day of orientation that included units on health and fitness, VAR and assistive technologies, and decision making.

“Team One” arrived in Qatar