The second edition of the new format “Football meets Cinema” in cooperation with the Zurich Film Festival highlighted the story of legendary referee Abraham Klein from Israel. In the live talk after the Swiss premiere of the short film “1982 Italia – Brasile”, he shared several stories from his career with the audience. 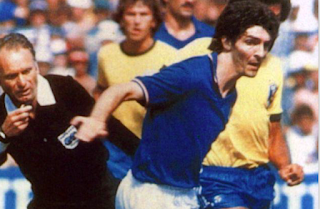 The Italy-Brazil match at the 1982 FIFA World Cup in Spain has gone down as one of the best matches in World Cup history. The referee was the legendary Israeli referee Abraham Klein who was officiating his third World Cup after 1970 and 1978. But for a long time, it was not clear whether Klein would referee at this World Cup at all. The Italian short film “1982 Italia – Brasile” explores the story behind this. The short film follows Abraham Klein as he prepares for the tournament and struggles to decide whether he will be a part of it or not. The reason is his son Amit, who at that time is a soldier in the Israeli army, fighting in the Lebanon War. He has not heard from his son for a while is worried about his safety. In a second plot line, we accompany an Italian family and their inner-family conflicts that emerge around the World Cup. 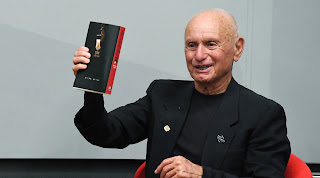 In the following live talk moderated by ZFF Artistic Director Christian Jungen, Abraham Klein shared how stressful the situation was for him at the time. Although being in Spain physically, his head was with his son in Lebanon. It was only when he received a message from him that he felt ready to referee and was then assigned to the historic match. An assignment with which he initially was not so happy. After all, everyone, including him, expected Brazil to dominate the game and advance to the next round. But already during the game he realised that he was part of something special. Something that would go down in football history.