Skip to content
Facebook Instagram LinkedIn Twitter
Home Blog FIFA World Cup Not selected for World Cup, Tobar retired to take over Chilean refereeing
Roberto Tobar was recently voted as the best referee of the 2022 season at the Chilean Football Gala. He finished ahead of Julio Bascunan, Jose Cabero, Felipe Gonzalez and Piero Maza, and received the award from Carlos Chandia, former international referee and current mayor of Coihueco. After receiving the award, Tobar expressed his gratitude and pointed out that Chandia was “an example” for his career. He also expressed himself moved by the presence of Chandia, who overcame a very serious accident that had him on the brink of death. Although Tobar avoided talking about the rumors about his position after retirement, La Tercera reported that he will become the head of the ANFP Referees Committee. The idea that Javier Castrilli proposed when he came to assume the same role in 2021 will materialize at the hands of Pablo Milad, who promised improvements in the Chilean refereeing after being re-elected as president of the ANFP. It only remains for the governing body of Chilean football or the referee himself to make the news official. (Source: Al Aire Libre) 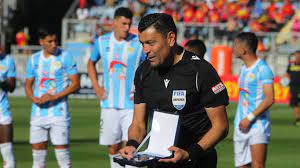 The recent months of Tobar as active referee were marked by not being considered for the World Cup in Qatar, which was a hard blow for him. “I had a not very good personal moment that led me to lower my refereeing level. The pandemic affected me a lot and I had family problems that prevented me from being 100%. Why didn’t I go to the World Cup? I had it all to go, but then things changed. I was working closely with Pierluigi Colina and Massimo Busacca, who select the referees for the World Cup. They gave me the opportunity to take the fitness test again, but because of everything I experienced, many things deprived me of being 100% mentally and I was also injured when that opportunity came. The self-criticism is mine; it depended on me because the federation always helped me. (Pablo) Milad was very present in all the aspects that I required and he was always very close”, Tobar said a few months ago. 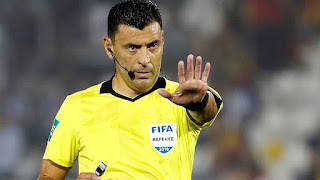 Tobar, without a doubt, is among the most outstanding Chilean referees of recent times. He was chosen the best referee in the country in 2013 and 2014 and had been a FIFA referee since 2011 with his first international appearance on 10 April 2014, in the Copa Sudamericana match between Atletico Mineiro and Zamora. Three years later, he was already part of the elite. In 2017, he refereed the first leg of the Sudamericana final between Chapecoense and Atletico Nacional, in a duel that would later be marked by the tragedy suffered by the Brazilian team. He did not stop adding achievements. In November 2018, he refereed the first leg of the so-called Final of the Century, between Boca Juniors and River Plate, for the Copa Libertadores, filling himself with praise. A month later, he had to referee the South American Cup, between Junior and Athletico Parananese, and completed the circuit with the Recopa of the season, between the Millionaires and the Brazilians. He also had the final of the Copa Libertadores in 2019, in Lima, when Flamengo beat River Plate. “The experience of refereeing the first single final of Libertadores has been a very pleasant and very sweet feeling. The motivation that is achieved by being able to be in this type of game is very high, a lot of concentration, very pleasant sensations that motivate us a lot to do good tasks”, he said on that occasion. That same year, he was in charge of the Copa America final. (Source: La Tercera)

Not selected for World Cup, Tobar retired to take over Chilean refereeing