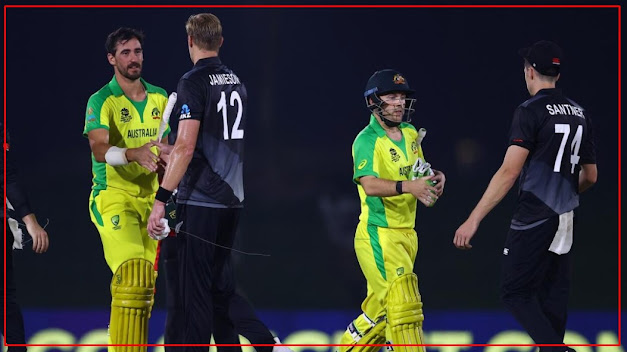 Do you call this an upset? New Zealand were a strong team, but everyone had Australia as their favorites going into the match. That was partly because of the hosts’ raw power and the home record they had against their Neighbours. But the house has come crashing down, it’s not just a defeat, but it’s a massive one as a numb Finch said during the presentations. It’s big enough to put the plans into disarray. Do Australia need Smith in that middle-order? Can they continue to lean on ODI captain Pat Cummins in his weakest format? They have just a couple of days’ time to make decisions. One thing in their Favour is they’re off to Perth for their next game and they couldn’t have got a better venue to get back into winning ways? A cock-a-hoop New Zealand will now focus on their next game against the Afghans, at the ‘G’. England are bowling at Perth in what will be today’s second game. Change tabs and enjoy all the action. For now, cheers and bye.

Kane Williamson | Winning captain – It was one of those days, an outstanding day, the openers set the tone, lots of contributions right through the batting and that was a very good score on this pitch. The bowlers then did well and were well supported in the field. Everyone know their roles in this team, we knew about the quality of their bowling (Australia’s), took the game deep and we were very clinical in what we needed to do.

Aaron Finch | Losing captain – They certainly did (on the New Zealand openers), they set the tone in the first 4 overs, and we didn’t recover. Needed a big start, that didn’t happen, and we were outplayed completely. He got off to a flier (on Finn), we needed early wickets which didn’t happen and when we chased, we lost too many wickets, we weren’t good enough with the net run-rate taking a bad hit. We play Sri Lanka next; four games left, need to win everything and have some luck on our side.