Referee Patricio Loustau, 47, announced his professional retirement before the Qatar 2022 World Cup. His last match was between River and Betis. Loustau, with eight Superclasicos and several finals to his credit, comes from delivering justice in the 2022 Copa Libertadores final between Flamengo and Atletico Paranaense in Guayaquil, Ecuador. 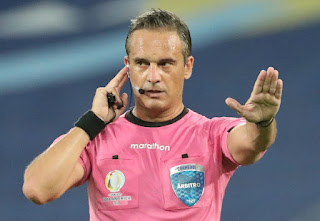 The referee was born on 15 April 1975 in Lomas de Zamora, Buenos Aires. From that day he was linked to refereeing by his last name. His father, Juan Carlos, was an Argentine refereeing legend who was present at the 1990 World Cup and in 1999 he was chosen by the IFFHS as the second-best referee in the world. 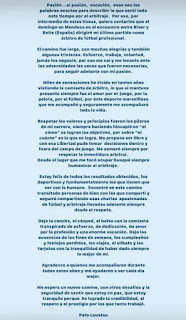 Pato, as Loustau Jr. is nicknamed, made his debut as a referee in the First Division of Argentina on 21 August 2009, in a match where Godoy Cruz beat Gimnasia La Plata 2-0, for the first match of the Apertura. In 2011, he became a FIFA referee and from there he kept adding experience. He has refereed matches in the Copa America, World Cup Qualifiers, Copa Sudamericana and Copa Libertadores final.