Skip to content
Facebook Instagram LinkedIn Twitter
Home Blog FIFA World Cup Italian referee prosecutor arrested for drug trafficking
In a truly extraordinary story, the chief prosecutor for the Italian Referees Association (AIA) has been arrested for international drug trafficking. There were 42 arrests in the Milan and Lombardy area connected to the trafficking ring, which was accused of smuggling six tonnes of marijuana and hashish into the country. Among those stopped by police there was Rosario D’Onofrio, who had until today been working as the chief prosecutor and legal advisor for the Italian Referees’ Association. AIA President Alfredo Trentalange announced that D’Onofrio had resigned this morning, without stating the reasons. FIGC President Gabriele Gravina said he found the news “disconcerting” and had asked for an explanation from the AIA. D’Onofrio was formerly an officer in the army and was already in the news on October 28 when he was deferred to the disciplinary commission of the FIGC (Italian Football Federation) for failing to open an investigation when a former assistant referee protested at the way referees were graded. (Source: Football Italia) 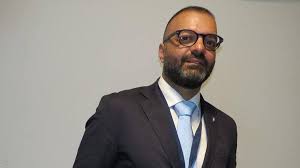 The story of the chief prosecutor of the Italian Referees Association arrested for international drug trafficking continues to get even stranger. Rosario D’Onofrio resigned this morning, and it was only later revealed it was because he was one of 42 people arrested for running a drug trafficking organisation in the Milan area, which saw six tonnes of marijuana and hashish recovered by police. The Italian Referees Association (AIA) then released a statement this evening giving even more surprising details. According to the AIA, D’Onofrio had already been arrested and put under house arrest in 2020 but declined to inform them of that fact. He had therefore violated their code of ethics and lied when applying for the promotion to chief prosecutor. Meanwhile, former referee Piero Giacomelli has told La Repubblica newspaper that D’Onofrio had effectively “ended my career” and had a “disproportionate power to hand out punishments” to officials he didn’t like. Giacomelli was suspended in February 2022 due to irregularities in the expenses account to the tune of €70. “D’Onofrio received an award in July as best national director for referees. Assistant referee Avalos provided a year ago telephone interceptions where D’Onofrio told him what he should and shouldn’t do to climb the performance tables. Referee La Penna was meant to become an international in place of a different referee, but then he too was accused of irregular expenses and was suspended, only to then be brought back by D’Onofrio.” (Source: Football Italia)