I have just watched a football match in which eight penalties were awarded. There were more than 50 free-kicks between the two teams, and 15 cards were handed out – including four reds. Yet as the full-time whistle blew there were no heated exchanges or angry managers – as the main objective of the game was to try to deceive the match officials. Not just any referees by the way – the best referees and assistants in the world. On yet another blisteringly hot morning in downtown Doha, the Qatar Sports Club Stadium is the venue for a rare insight into the training given to FIFA’s elite referees. Taking part in today’s session are the likes of England’s Michael Oliver, Spain’s Antonio Mateu Lahoz and Danny Makkelie from the Netherlands. The trio, and a handful of other referees, take turns officiating a match between two local teams – and it’s a strenuous workout, too. The players’ focus isn’t on scoring goals to win – instead they have been encouraged to foul, dive or pull shirts. The spotlight is then on the officials to make the right decision and hand out the correct punishment. Even the best players in the world talk of the added nerves and pressure of competing at a World Cup, and referees are no different. 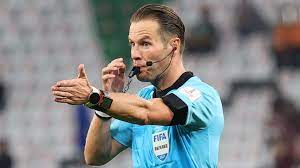 “This is the last part of our preparation and it’s more about repeating what we’ve already done. Uniformity is important,” said Makkelie. “But the temperature is very high, the humidity also, so it’s about getting used to everything including the facilities,” he added. “Of course there is a pressure. There isn’t a bigger stage, but you have to treat it the same. It’s 11 versus 11, a crowd and a stadium. I try to forget how many people are watching, I try to forget how important these games are because if you think about that too much you build up the pressure.” 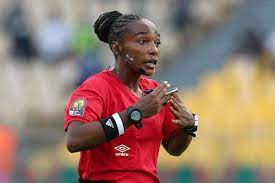 There are 129 match officials from 47 countries at the tournament – including six women. Salima Mukansanga is well aware of the role she’ll play when she takes charge of her nominated game, especially against the backdrop of the ongoing debate in the Middle East about women’s rights. “It’ll be an honour, but in football there is no sex so people need to understand this,” she told BBC Sport. “The decision is always the decision. And it has to be taken. So being a woman here doesn’t matter. The important thing is the performance.” 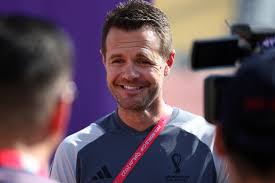 After introducing VAR at Russia 2018, this year there will be even more cameras and sensors, and FIFA is introducing its semi-automated offside technology. By placing a microchip inside the ball and tracking players, an offside alert will be triggered if an attacker receives the ball in an illegal position. There have been fears this could slow the game down further while the checks are made, but Chris Beath – a FIFA elite referee from Australia – says during testing the system has been speedy and accurate. “The technology we have available is exceptional,” said Beath. “There can be delays, but it’s that fine balance between accuracy and speed. “The main focus is to try and get the decision right on the pitch. But if as referees we can’t, then we have the benefit of our offline team and the technology they have available to ensure the right decision on the pitch is made.”

With a professional referee running six to eight miles during a game, sometimes their fitness can be underestimated. Yet even for those in peak condition, the session is cut short because of the high temperatures just after 11am. A look at a weather app says it’s 33C. FIFA and its officials will be hoping that is the only time they are hot under the collar during the next six weeks.