French referee Johan Hamel tragically died on Wednesday after suffering a stroke in training on Tuesday. Hamel, 42, was a veteran of over 130 games in the French top-flight, and made his Champions League debut as a fourth official a fortnight ago in Celtic’s defeat away to Real Madrid in the final round of group stage fixtures. His final game came on November 6, when he oversaw Lille’s Ligue 1 clash with Rennes, before taking on VAR duties in PSG’s meeting with Auxerre on Sunday, November 13. With more than 300 professional games to his name as a referee, Hamel’s shock passing comes after he suffered a stroke whilst undergoing routine exercises in training. 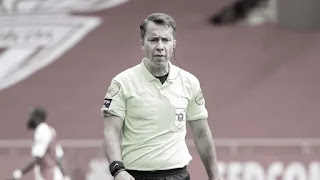 Having become one of France’s elite referees in 2016, he had more than a decade of experience in the game after turning professional back in 2011. The French referee made his international debut last year as the fourth official in Lithuania’s heavy 4-1 loss to visiting Northern Ireland that saw three penalties and six yellow cards dished out. This season saw Hamel take on the same role in two Nations League ties; Slovakia’s 1-0 win over Belarus and Moldova’s 2-0 victory against Liechtenstein. Hamel had made nine domestic appearances as a referee this season, with eight coming in the top-flight of French football and one game from Ligue 2. During that time he officiated in the action-packed match between Clermont Foot and Stade Reims which finished 4-2 to the former, and again saw six yellow cards and three penalties in the tie, as well as a sending off. He has also gradually made the transition into officiating in continental clashes, and this season had taken on fourth official duties in two Europa League games and a Conference League qualifier, as well as one Champions League clash. 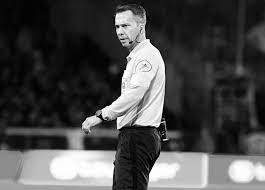 A statement from the Union of Elite Football Referees (SAFE) read: “Refereeing is in mourning. We learn of the death of our colleague and friend, Johan Hamel, Ligue 1 referee, at the age of 42. To his family, relatives and friends, the SAFE and the arbitrators send their deepest condolences. Johan, we will miss you.” 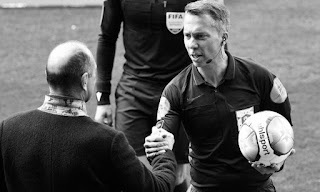 Legendary referee Pierluigi Collina has also paid tribute to Hamel. “The refereeing world and all match officials here at the FIFA World Cup in Qatar are united in grief over the unexpected passing of our colleague and friend Johan Harmel. We collectively send our heartfelt condolences to Johan’s family, relatives and friends.” (Source: Daily Mail) 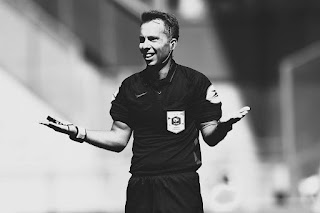 Mr. Hamel, who started to officiate when he was 14 at Azur-Sports Valentinois, in Valence, South of France, was a French Ligue 1 referee since 2015/16 and took charge of 135 French top-flight games, including eight this season. He also officiated in almost 100 Ligue 2 games and was among the VAR officials last weekend. He also had experience at UEFA matches as a fourth official in each of UEFA’s men’s club competitions, Under-21 internationals and the UEFA Nations League. In a statement, the French Football Federation (FFF), wrote that they are “under shock”. FFF president Noël Le Graët said: “It is with great sadness that we learned of the death of Johan Hamel. He was a much-loved referee with an exemplary career, a passionate fan and a figure of our football. On behalf of the FFF and all of our amateur and professional football, I would like to express my most sincere condolences to Johan’s family and friends.” Pascal Garibian, the French technical director of refereeing, added: “He [Mr. Hamel] will be missed by the French refereeing community, which is in mourning.” 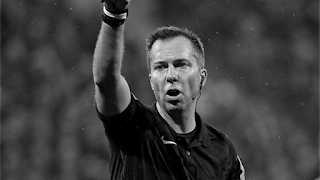 UEFA Chief Refereeing Officer, Roberto Rosetti, said: “This is an unbelievable tragedy and a terrible shock. On behalf of the UEFA refereeing family we send our condolences to Johan’s family and friends as well as to the whole French refereeing community.” (Source: UEFA)

French referee Hamel passed away after suffering a stroke in training